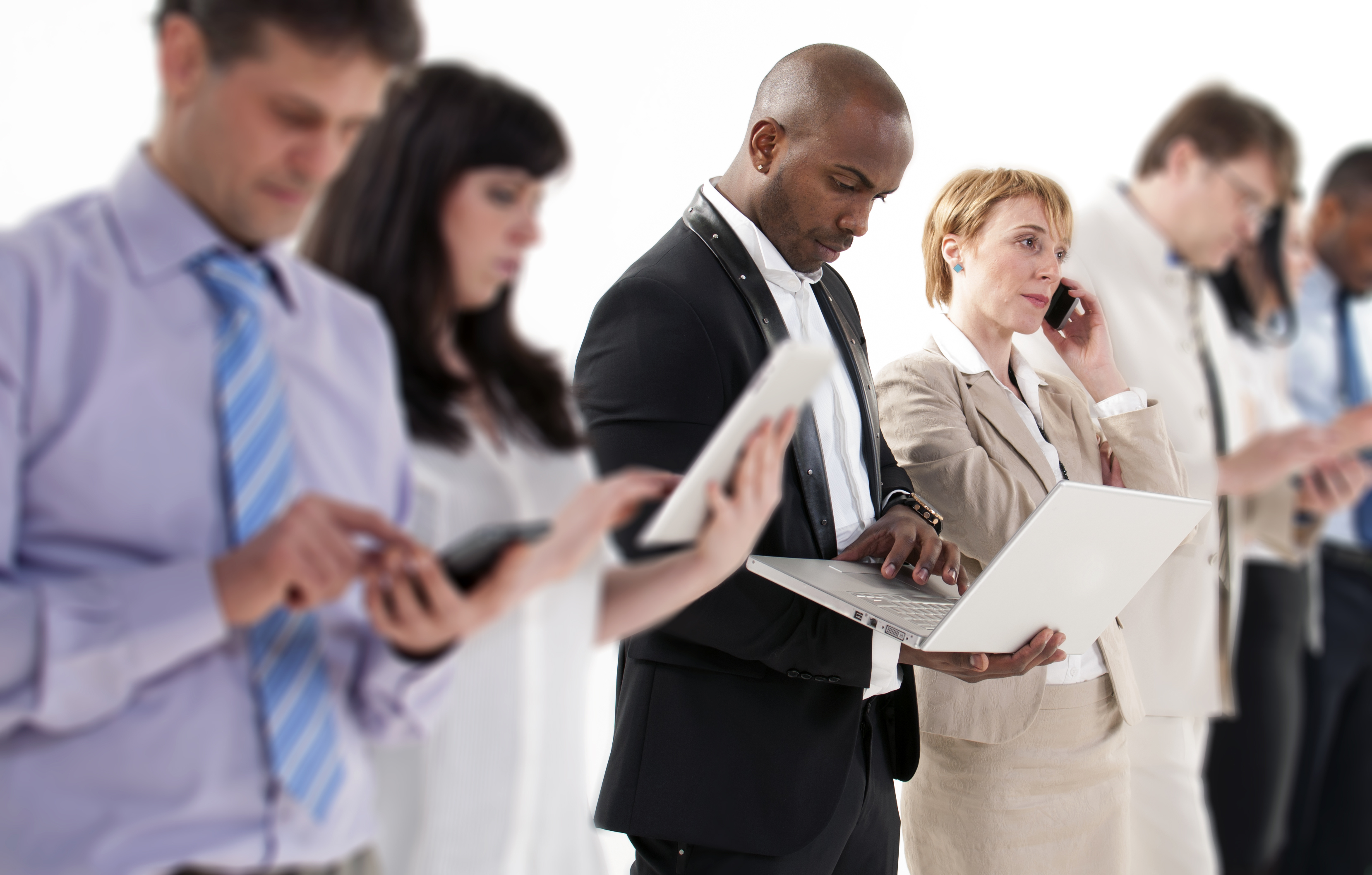 These days, business is rarely done in person. And as Sherie Griffiths says, “longterm business relies on relationships… Relationships rely on conversation. And conversation relies on good communication. So unless we’ve got an effective means of bridging that distance that’s opening up between us, business is in serious trouble.”

You can listen to my interview with Sherie or read the transcription summary below.

Julian Treasure: I’m with Sherie Griffiths in the beautiful Athens Street Members Club. Sherie’s come very kindly into London to meet me today to do this recording. And we’re going to be talking about listening. Well actually all aspects of sound.

Sherie’s been listening very carefully since she was two years-old, because she only has a little bit of sight. And that means that her ears have been incredibly important to her. Sherie’s an author and a broadcaster, and she’s written about book, which is about listening and sound. Would that be fair to say, Sherie?

JT: Sound affects us really fundamentally in four significant ways all the time, even though we’re not consciously aware of them at all. And that’s possibly the most important aspect of this is the lack of awareness. We’ve gone very unconscious about sound. And awareness is so important. If you are not conscious of something, there’s nothing you can do about it.

JT: Most people are not conscious about sound, and we were talking about this earlier. We have a very interesting paradigm where we (as a society) are into personal broadcasting. A lot of this stems from the internet – through Twitter, through Facebook…

SG: It’s all output. And no input.

JT: And then the input… I was saying to you earlier, I saw a story this morning that children of 11 are addicted to pornography on the internet. Again, that’s being in the stands, not on the pitch. That is observing at arm’s length where there’s no human contact.

We’re becoming more and more distanced from each other. I agree with Sherry Turkle, whose book is called Alone Together. And her thesis is basically that the internet is not bringing us together. It’s not connecting us. It’s doing the opposite.

SG: I most agree with that. People are sitting in their living rooms at home, and they’ve each got their iPhone or their laptop, and they’re doing their own thing. And sometimes they’re emailing each other – which is a bit terrifying, really.

JT: So sound affects us all the time, even if we’re not conscious of it. And I’m on a passionate crusade to get people to listen consciously. You’re one of the people I’ve met who’s listened consciously throughout your whole life. And you’ve got a new way of listening?

Visual listening is where you listen for the things that you would see, if you were able to see. Perhaps can’t see them because you’ve got a visual impairment. But most of the time in business, you can’t see the other people because they’re not in the room with you – they’re at the other end of the phone.

More and more, we’re in situations where we’re doing business with increasing numbers of people that we never meet. Now, we can learn skills that enable people to speak on the phone to someone and build up a picture. One of the biggest problems with telephone conversations is the lack of visual interaction. The telephone takes away visual clues that everybody’s so dependent on in communication. We flounder!

JT: That’s true. Not only that, of course, the phone is very, very restrictive bandwidth. Without higher bandwidth, we also lose the harmonics of somebody’s voice. You lose the subtitles. You lose their breath. You lose the tiny little sounds that give us communication cues.

SG: You lose all those cues. It’s interesting that you mention breathing. I was talking to somebody on the phone last week. I do lots of radio interview and I was chatting away – as you know I can at great length! And suddenly I stopped and said, “Oh, sorry, you were going to say something.” And he said, “I was, but how did you know?” And I just caught that.

Now I wouldn’t have caught that if we’d been on a mobile phone. I would have missed it, and the poor man would have been trying to get a word in.

JT: It’s so important. Now, if you go down the more basic level to text-based communication – handwritten, emailed or text messages – then you really are down to the husk of communication. You’re down to something which is immensely misinterpretable, which has got very, very little subtlety in terms of its emotional communication.

SG: That’s right. With text, you’ve really got to know the person that it comes from. Even then, speaking as someone who’s seriously misread emails from friends, it’s a minefield.

Longterm business relies on relationships. Relationships rely on conversations. Conversation relies on good communication. So unless we’ve got an effective means of bridging that distance that’s opening up between us, business is in serious trouble.

JT: I think the message from this is that the voice is so important, in every field of life. Whether you’re talking about family relationships, social relationships, or business relationships, the voice is the primary form of communication. You can understand me perfectly well if you close your eyes, but if you’re looking at somebody and you can’t hear anything, it’s very, very difficult unless you are able to lip read.

There are a lot of challenges ahead of us, because I hate to think what the world would be like if we subside into text speak for our basic mode of communication. Crude, corse, unsubtle, unsophisticated… We’ll lose so many gradations of human emotions and finesse.

SG: That’s true. We’ll have to see what happens there later on, won’t we?

Next time you’re having a conversation on the telephone, try paying closer attention to the details of the voice. Listen to the other person’s intonation, their breath, their rhythm… Try and build up a picture of that person that can help you connect with them.

Keep up to date with Sherie via her blog, Speak For Yourself.